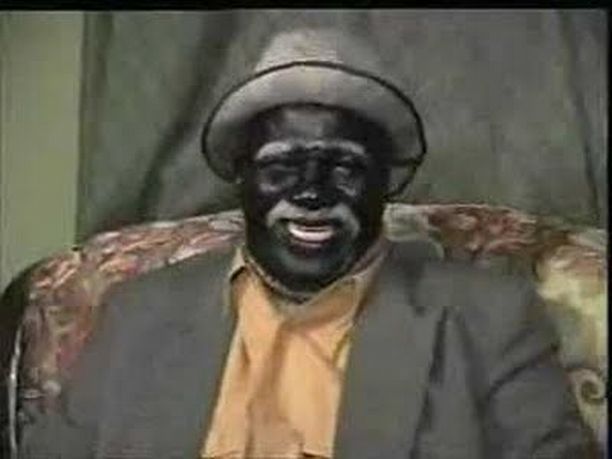 In the D’Banj v. Kelly Hansome alleged copyright infringement case, I was quite vexed Mo’Hits Record, Don Jazzy and D’Banj would resort to bullying tactics, with the help of the Nigerian police, to resolve an alleged instance of an infringed song appropriately resolved in civil court. While Mo’Hits later denied Hansome was arrested, their own official press release forwarded to the media contradicted their statements. The current case before us, the People of the State of Lagos v. Baba Suwe,  underscores the gravity of the actions Mo’Hits took and the impact on Nigeria’s music industry, per my prior discussions here.

Key Facts: Baba Suwe, a popular actor/comedian, was arrested, over two weeks ago at the airport in Lagos, on suspicion that he possessed and ingested controlled substance (drugs i.e. cocaine). The National Drug Law Enforcement Agent (NDLEA), charged with the police power of curtailing such illegal trafficking of drugs, detained him. Contrary to the provisions of Nigeria’s Constitution and its Criminal Procedure Act they did not bring him before a court of law for a “Preliminary  Inquiry/Hearing.” The NDLEA’s intent was to detain him until he excreted the controlled substance he allegedly ingested. Thanks to both traditional and new media and social media platforms, an outcry and anger poured out both from Nigerians in Nigeria and abroad to free Baba Suwe. Nevertheless, the NDLEA and the judiciary did nothing until the international community began carrying the story. Now, a Lagos State High Court has ordered the release of Baba Suwe no later than this Friday, barring evidence from the NDLEA showing the ingested controlled substance.

What Court has the Power to Hear a Criminal Case Like Baba Suwe’s?

Here, the Lagos State High Court. However, since we are talking about the NDLEA, a federal law enforcement arm, the Federal High Court also has the power to hear this case and make rulings on it. Please review the structure of Nigeria’s Legal system here.

Nigeria’s Federal Criminal Procedure Act and the respective state criminal procedure laws. This means this case is governed by the rules on the Federal and state level.

What is Criminal Procedure?

Has Baba Suwe Been Charged with a Felony or Misdemeanor?

When a defendant is arrested, with or without a warrant, they have a right to know what they are charged with i.e. the basis for the arrest. Like the USA, Nigeria’s prosecutors can charge criminal defendants with felony and/or misdemeanors offenses. In Nigeria, a felony carries 3years or more prison term while a misdemeanor carries 6months (at a minimum) to 3years jail/prison term. Here, Baba Suwe is yet to be charged,

What Happens When a Person is Arrested in Nigeria?

How About Bail? How Does that Work?

How Bad Does it Get with Detentions Without Trials in Nigeria?

According to data collected by human rights organizations within  and outside Nigeria, most of the people who are in Nigeria’s jail/prison system are persons detained without trial who ended up being detained for 16-40years. The outcry from the international community over these atrocities has been huge but it has not really made much of a difference. At the end of the day, our criminal justice system is a place designated for the have nots aka “imbeciles” as some call the “have nots.” The script plays out like a bad Nollywood film where the rich can get you locked up for as long as they want.

If you understand this very sad epidemic of incarcerating persons without a trial/due process for indefinite periods, then you should understand why I was quite vexed and remained vexed with the Mo’Hits v. Kelly Hansome case. For Kelly Hansome, he had the money to hire his lawyers and sort out the details with the police and Mo’Hits. But, what Mo’Hits did was to create a system where the music have nots i.e. emerging musicians who remix a song can easily be thrown in jail/prison, for indefinite periods, by the Mo’Hits of the world. Scary picture.

If Baba Suwe has not Been Charged, Why Does the NDLEA Continue to Detain him?

Two weeks later, just from a basic anatomy and physiology of the human body, Baba Suwe should have excreted whatever evidence the NDLEA is looking for. His failure to do so; logically, should mean he did not ingest any controlled substance. However, the NDLEA has allegedly accused him of using witchcraft to prevent excretion of the controlled substance and they continue to detain him.

USA: For Nigerians and non-Nigerians curious how the system works in the USA, in California where I practice, if you are arrested for a crime (felony or misdemeanor), within 48hours of your arrest the prosecutor must file a criminal compliant against you and bring you before a Judge. The first time you are in front of a judge, that hearing is called an “arraignment.” At the arraignment, your charges are read against you and you are asked how you plead. Usually, criminal defense lawyers, regardless whether guilt is established or not, advice their clients to plead “not guilty.” This is to procedurally allow the attorneys on both sides to review all the evidence, see what they have and for the defense lawyer to better advice a defendant on what his or her options her i.e. take a plea, here is what kind of time you are looking at, go to trial etc.

At the arraignment, your lawyer also tries to secure your release. If your lawyer is unable to secure your release, “bail” is set. Bail is the amount of money you would need to secure your freedom for a limited time, pending the case going to trial. In  most counties within California, there is a predetermined bail schedule that determines what bail should be for each crime committed. The court will then set a future court date, usually a pretrial (misdemeanor cases) or a preliminary hearing (felony cases). NOTE: If a warrant is issued for your arrest, as opposed to a warrantless arrest, your bail will already be set and stated in the warrant, depending on the crime. Obviously there are more complex nuances and I am trying to simplify things for easy understanding. Get a lawyer if you are in criminal trouble ASAP!

Why Did the National Drug Law Enforcement Agent Not Follow the Law, How Bad is this Drug Problem?

Nigeria’s reputation has been marred by some of its citizens on an international front in countries like Italy, South Africa, UK, Malaysia and the USA. Drug trafficking by Nigerians into European countries is particularly an epidemic which reached epic proportions in the 90s. Both men and women ingest controlled substance, mostly cocaine, board a plane and arrive in European countries where they excrete the drugs and sell.

Law enforcement in Europe have caught on to this and for decades now many Nigerians have been arrested, charged, convicted, incarcerated and ultimately deported back to Nigeria. For the reputation of Nigeria and to curb these crimes, the NDLEA has been an active watchdog to help curtail this problem, albeit violating the constitutional rights of its citizens.

Two key legal terms I want to highlight and then you can read an excerpt from the story below:

a) Federal preemption: This stuff might be over many of your heads. But for the few that as curious as I tend to be, notice what Justice Yetunde Idowu says below. She says she would have ordered Baba Suwe’s release since last week but had to obey the Federal Courts. What she is alluding to is a concept here in the USA that is a parallel concept over in Nigeria called Federal Preemption. It is the idea that Federal law takes priority over state law. Accordingly, where there is a conflict between a state and Federal law, Federal law preempts i.e. trumps/overrules state law.

b) Ex Parte Application: If you are lucky like the Kelly Hansomes and Baba Suwes of Nigeria, you can afford a lawyer. Once your lawyer comes on board, he or she should not wait for you to rot in jail. The primary goal is to get you out of jail, immediately. To that end, the law affords for an emergency hearing, usually within 24hours, that allows a judge to listen to why you should be released. This emergency hearing, loosely speaking, is called “Ex parte Application.”

“Nollywood actor Babatunde Omidina may finally bid farewell to his cell at the National Drug Law Enforcement Agency (NDLEA) today, if no narcotic substance was found in his excreta.

Justice Yetunde Idowu of a Lagos State High Court, Ikeja, who granted the Nollywood actor,  also known as Baba Suwe, bail last Tuesday had said that the ace comedian would be allowed to go home today if he did not digest any narcotic substance in the last two days.

Omidina is, however, expected to meet the bail conditions, which was granted him in the sum of N500,000, the provision of one surety in like sum while his international passport in the custody of the NDLEA would be handed over to the Chief Registrar of the Lagos High Court to prevent him from travelling out of the country.

Justice Yetunde Idowu, while ruling on the exparte application filed by Omidina‘s counsel, Mr. Bamidele Aturu, said  the liberty of a citizen is paramount in the matter.

Justice Idowu had said she would have ordered the unconditional release of Omidina last Tuesday but for the Federal High Court’s order which permitted the agency to detain him for another 15 days to determine whether or not the alleged narcotic substance would be digested.

She had directed NDLEA’s  counsel Mr. Femi Oloruntoba to notify the court of any contrary development, especially if Omidina digested the suspected narcotic substance before the expiration of the Federal High Court order which would lapsed  today.

She noted that Omidina, despite having spent 21 days in detention, did not excrete the narcotic substance he was suspected to have ingested.

The Nation has the full story.

NOTE: Members of the press looking for further legal commentary from me, you may reach me at (africamusiclaw@gmail.com) or you can contact me directly on twitter at @uduaklaw or @africamusiclaw. 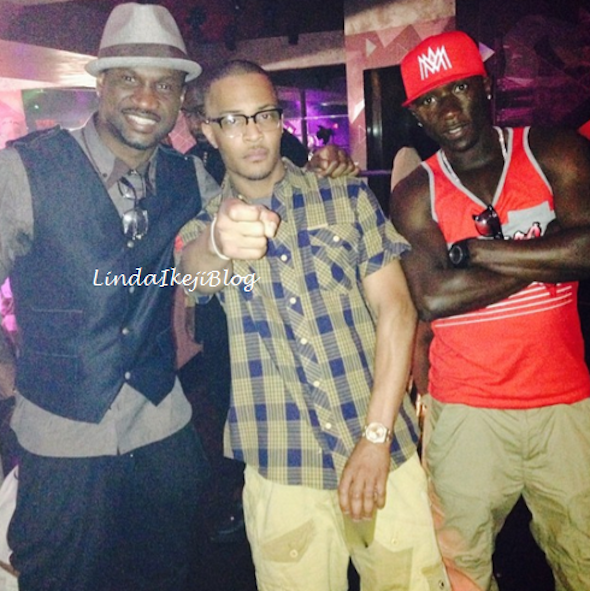 P-Square Allegedly Collabo on New Song and Video with Rapper T.I, What Does this Really Mean in Getting P-Square into Mainstream America? 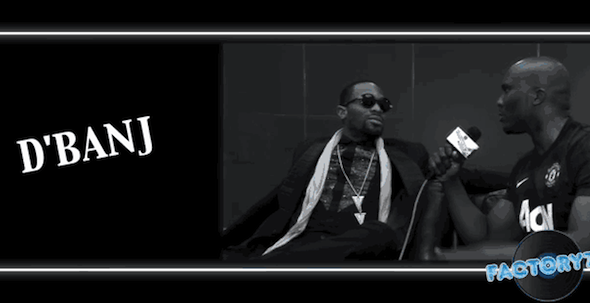 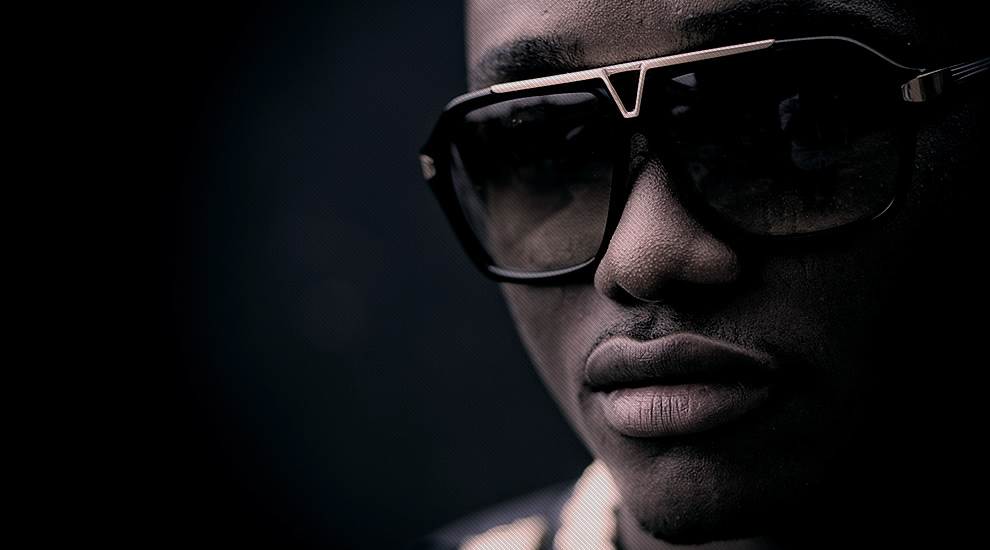 Do You Agree with Annie Idibia’s Manager? Is Chocolate City WRONG for Obtaining an Alleged Injunction Against Brymo Until 2016? 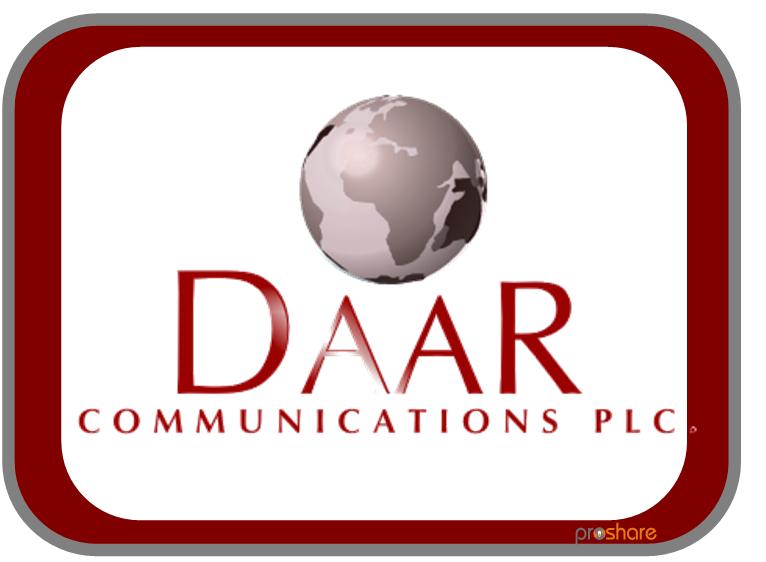