There have been a lot happening in Africa’s creative industries and countries within the past few weeks. But here are the main headlines to know and my thoughts, just in case you have missed out.

1. Xenophobic Attacks in South Africa: Two weeks ago, local black South Africans unleashed violence against fellow African immigrants in South Africa. They physically assaulted these immigrants, vandalized their properties, and killed at least 10 people over the perception that these African immigrants were taking their jobs. In response, some of the governments of the African countries affected, allegedly took a strong stance and boycotted the World Economic Forum on Africa that was scheduled in South Africa during the first week of this month. In addition, Nigerian celebrity musician Tiwa Savage and Comedian Basket mouth canceled their pre-scheduled performances, while Burna Boy swore to never step foot on South African soil again until Xenophobic attacks stop.

Finally, artists such as South Africa’s AKA, and Nigeria’s Burna Boy, Ycee and M.I Abaga all got into a spat about the xenophobic attacks.

Currently, the Nigerian government has called for and is assisting 640 Nigerian citizens in evacuation from South Africa.

Let me say this, last year I had the opportunity to visit South Africa. Now you have to understand that I love traveling and have traveled to a lot of countries, solo. It is also rare that I become very concerned for my safety. However, visiting South Africa was different. Both from South Africans and non-South Africans, I heard “be careful.” In addition, when I conducted my research, everything out there was simply scary. Thankfully, my visit turned out okay, but I believe the South African government must work very hard to keep all citizens and foreigners in its country safe. It is very tragic to witness these killings, and a government that cannot seem to maintain law and order.

3. Nigerians Unhappy Lupita N’yongo will play the Igbo character in TV adaptation of Americanah: A few years ago, Kenya’s Lupita Nyong’o bought the option rights from Nigerian novelist Chimamanda Adichie, for her book Americanah. Lupita has now adapted it into a motion picture to be released as a ten-episode HBO series starring Lupita as the lead character and directed by Danai Gurira. Lupita’s role as the leader character has angered many Nigerians who believe Nollywood Igbo actresses such as Genevieve Nnaji would have been a better option.

I believe it is a legitimate thing to question why a Nigerian has not been selected to play the lead role, for a novel written by a Nigerian with Nigerian characters. I think the question shouldn’t be discarded especially in an era of “diversity and inclusion.” Further, while Lupita bought the option right, I believe a role as a producer and director would have more significant impact than just being the talent in front of the camera. In my view, positioning herself early on as a formidable film executive and force to be reckoned in Hollywood, would have been more strategic, powerful and very effective. She instead has Danai Gurira (a very good friend of hers) directing while she plays talent. I think that is too comfortable and too easy. She could have pushed herself a lot more. I also follow the money here and in the final analysis, a Nigerian will greatly benefit or should greatly benefit i.e. Adichie both from the option right sold to Lupita and the negotiated purchase agreement, which presumably strongly favors Adichie. So at the end of the day, the money comes home to Nigeria, if you will, which makes it less of an issue for me on who gets to play the lead Igbo character.

I should also add that budget constraints might also be forcing Lupita to take on that role. With talents like Genevieve Nnaji etc. increasing their brand value and correspondingly fees, it might not be worth the headache to deal with all the negotiation shenanigans just to secure them, when frankly while their brands are known, it is not as known as Lupita, arguably, whose reach is well cemented in the American market. So, it may make economic sense for Lupita to just do it.

4. Davido has his hands full with a new album, and new child with Chioma: Davido is a busy guy. He has been busy launching a new album, going on tour with Chris Brown, managing his businesses and now is expecting a third or fourth child (depending on who you ask) with a different woman, Chioma. Davido has accepted responsibility as the father of two children. He has denied responsibility for another child whose mother keeps demanding a DNA test, and insisting he is the father.

This brings us to the current situation with his soon to be expected child with Chioma. Just a few weeks ago, the story leaked that Chioma was pregnant with Davido’s child. Davido stayed mute, while Chioma outright denied it. Last week, Davido officially proposed to Chioma and the videos and photos reveal a very heavily pregnant Chioma. So, the question obviously becomes, why would Chioma blatantly deny the rumors? First, in my view, Davido had no choice but to propose to Chioma. If there is one thing that we have seen with Davido, he simply does not do well with baby mama drama. Time and time again, his health has been detrimentally affected with the onslaught of public shaming for fathering kids without marrying their mothers. I think his fans and the public would have been ruthless and it would have simply been too much. So, to me, he almost had no choice but to propose, especially now that it is plain obvious his girlfriend is pregnant.

In that vein, I wish both of them the best of luck, and hope at this point, they both will reduce the constant disclosure of their private business in public. If you don’t want public scrutiny, try not to put your private business out there. 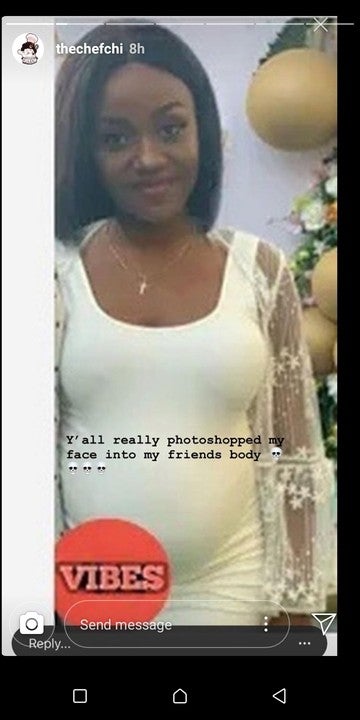 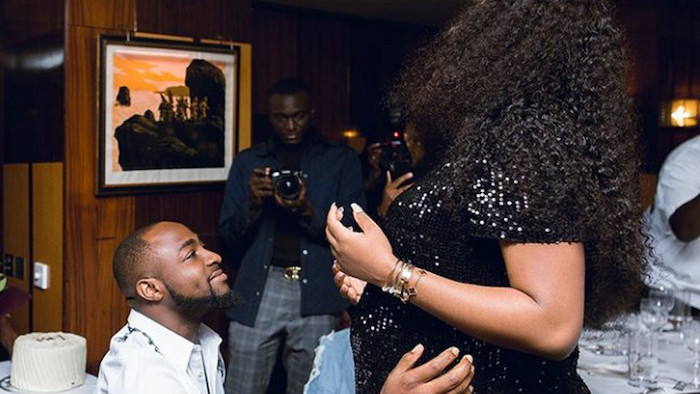 5. Burna Boy Refunds Money to a “Boring” Fan for Not Dancing: If you are a performer on stage and your fan is not dancing to your music, are you the problem or is your fan the problem? For Burna Boy, the fan is the problem, and that is precisely why he refunded a fan’s money during a concert in Atlanta, and asked that the fan be kicked out or taken to the back. My view is that Burna has had an interesting love/hate relationship with his fans. This is nothing new. I do get his point about fan engagement but it is not by force if a fan is processes your music differently than what you would prefer.

6. Mr. Eazi & Sarkodie are Accused of Copyright Infringement: A little over a week ago, Nigerian veteran singer Zaaki Azzay threatened legal action against Mr. Eazi, and Ghanaian hip hop artist Sarkodie, for the alleged copyright infringement of his song. He claims the duo stole the lines of his 1996 song, ‘Marry Me,’ and used it for Sarkodie’s song ‘Na You’ featuring Mr. Eazi. The good news is Azzay has since updated the public letting them know that the issue has been resolved. He says Mr. Eazi claims he did not know that Sarkodie did not clear the sample used, and promised appropriate royalty payments. Artists, don’t forget your music copyright clearances even if you are a featured artist like Mr. Eazi, on a main artist’s record. Do your due diligence because you could still be held liable for infringement.

7. Tiwa Signs New Deal with Motown Records: Tiwa signs new deal with  Motown Records, a subsidiary of Universal Music Group. No surprise here. I already discussed her initial signing with Universal, and I expect this kind of shuffling till they figure what they want to do with Tiwa. I am always interested in the ultimate execution of deals and results, not so much the pageantry. Let’s see what happens with Tiwa.

Again nothing surprising here. Signings are becoming commonplace. The terms and execution of the agreement is what matters most. So, let’s wait and see what happens. 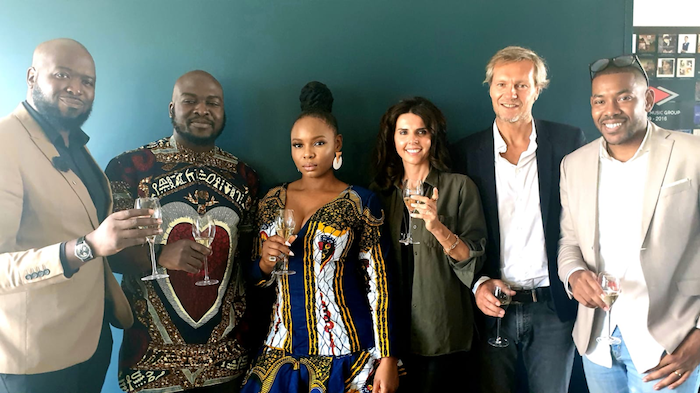 Akon on Breakfast Club Claiming he Signed Davido, Wizkid etc. in 2008 by word of mouth.

Jidenna on Breakfast Club: He is an interesting guy, I’ll tell you that much.

Yemi Alade on The Juice 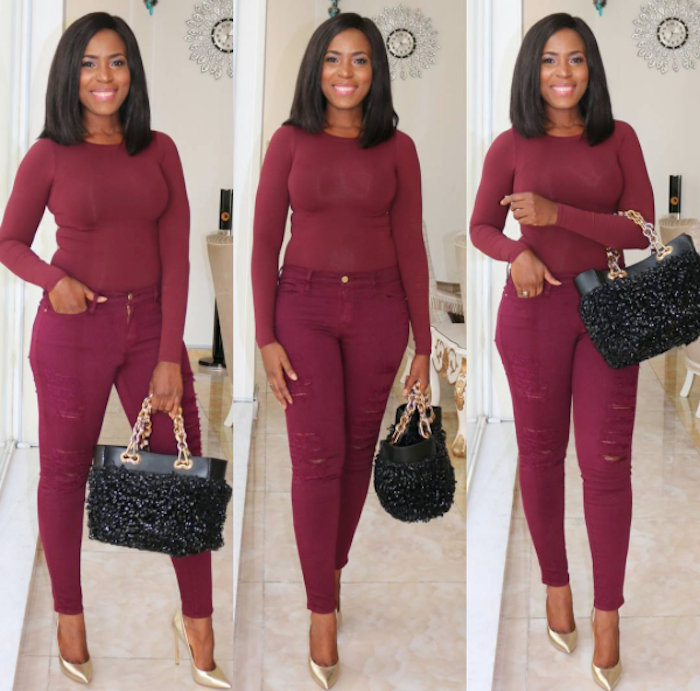 Has Wizkid driven Linda Ikeji to share way too much information about her personal life? 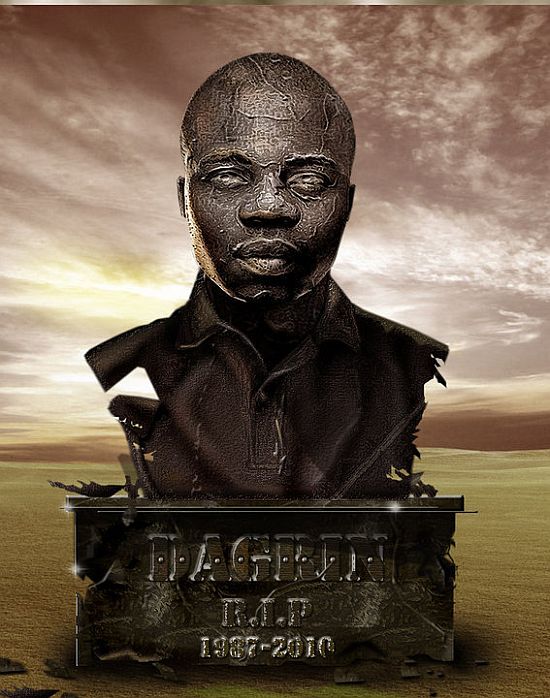 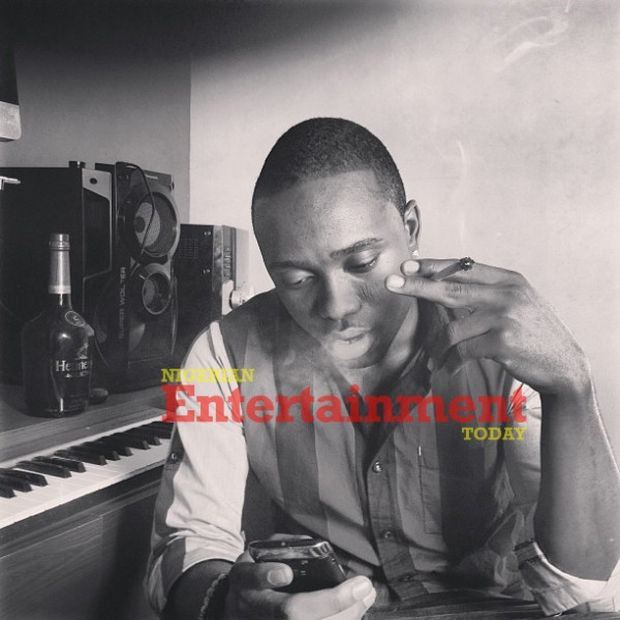 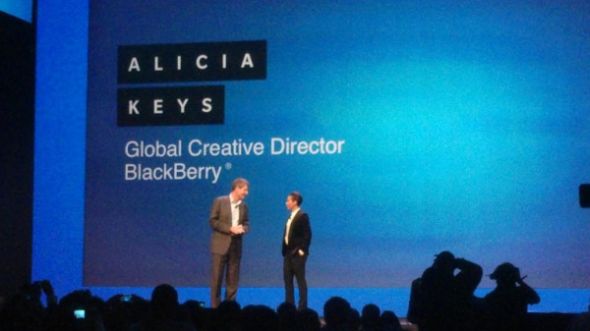 Gidi Fest 2018: Chin Okeke and his Business Partner are Stars on the Cover of Accelerate TV Magazine 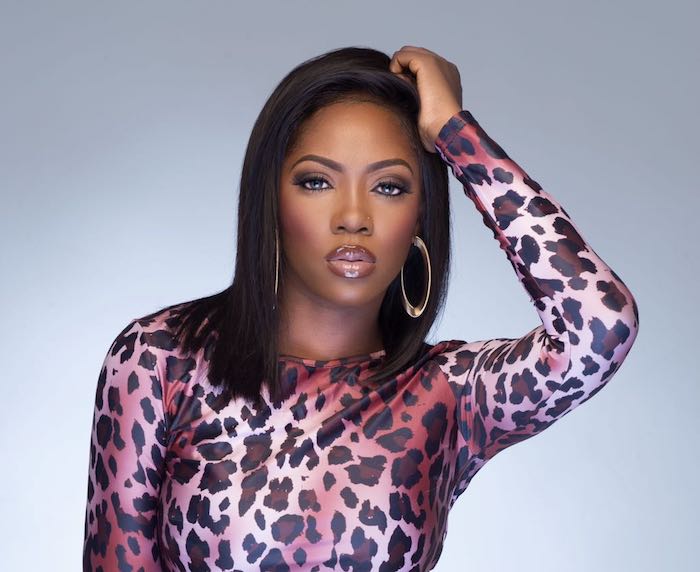