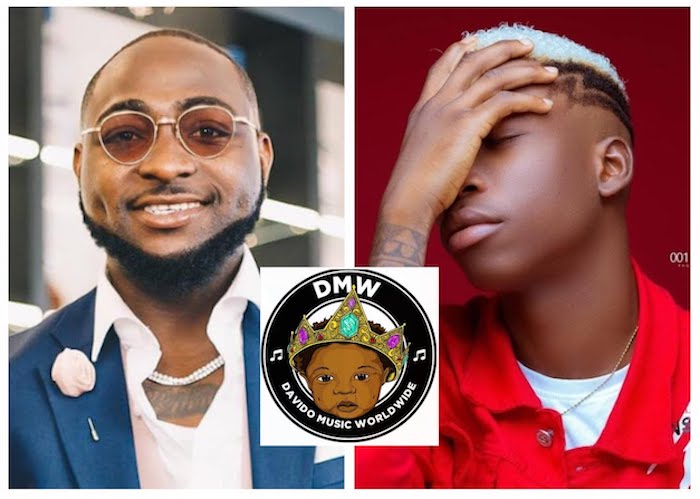 On October 5, 2020, news story broke that Sanni Goriola Wasiu aka Lil’ Frosh, an artist signed with Davido Music Worldwide (DMW) record label, had allegedly assaulted and battered his girlfriend, Gift Camille, to the point where she had to be hospitalized. On October 6, 2020, the very next day after the media broke the story, DMW released an official press statement informing the public and media that after investigations into the allegations, the label was left with no other option but to terminate its recording contract with Lil ‘Frosh, effective immediately. DMW also made clear that “they do not condone violence and stand with all victims of domestic violence.”

Camille is a fashion model managed by Oluwatoki Michael. According to her manager, Lil’ Frosh had a pattern and practice of violence against Camille and had assaulted her a few weeks prior to the incident reported by the media, causing internal bleeding when she hit her head on the ground and had to be hospitalized. He claimed this allegedly caused her to miss work as a model in a music video. In addition, the manager stated that they were moving forward with pressing criminal charges against Lil’ Frosh.

For the Nigerian and African music industry, this move is an incredibly powerful one by a record label owner. Yes there are economic incentives and brand reputation to protect that obviously drives a move like this. But even in the west when talents allegedly commit criminal acts of this nature, and are later tried and convicted, the majors haven’t necessarily been quick to make this kind of unequivocal disassociation. So, Davido’s action should be commended.

For the industry at large, his action shows a clear and huge paradigm shift that I hope creates a ripple effect and sends a strong message that there are serious economic consequences, in addition to potential criminal liability, for committing violent acts against women.

However, I don’t want it to be limited to women. I am genuinely as concerned for our young male artists and even artist-managers who are also victims of violent acts by talents, label owners, etc. Considering women are a small percentage of the industry (which hopefully it continues to change), we do need to discuss the vulnerable men who are preyed on in the industry too.

We also need to reprogram the minds of Africa and the global music industry to stop excusing really bad behavior just because an artist is talented.

A question I received is if Davido can terminate Lil’ Frosh’s contract if there is no explicit clause in the contract that addresses this kind of issue.

Yes he can if he can show a reasonable good faith belief that Lil’ Frosh committed a crime, in this case most likely a felony under Nigerian criminal law given the extent of the beatings, and the injuries sustained. Davido’s press statement says his label conducted investigations and the findings leave him with no option but to terminate the agreement. So presumably he can meet the reasonable belief requirement.

Lil’ Frosh could attempt to sue Davido and argue that he should not have terminated his contract, assuming the contract is silent as to what happens in the event a talent commits an illegal act, but he would not get very far at all. I do not see Nigerian courts ruling that the contract of a talent whose actions have brought bad publicity to a label, and could potentially cause the label a lot of money, should not be terminated. Notwithstanding that, the better practice for labels like DMW, if he did not already do it, is to include a “morals clause” in the recording contract which essentially says in the event of a breach of a clearly defined bad behavior, including illegal acts such as a felony or misdemeanor, the label can terminate an artist’s contract. 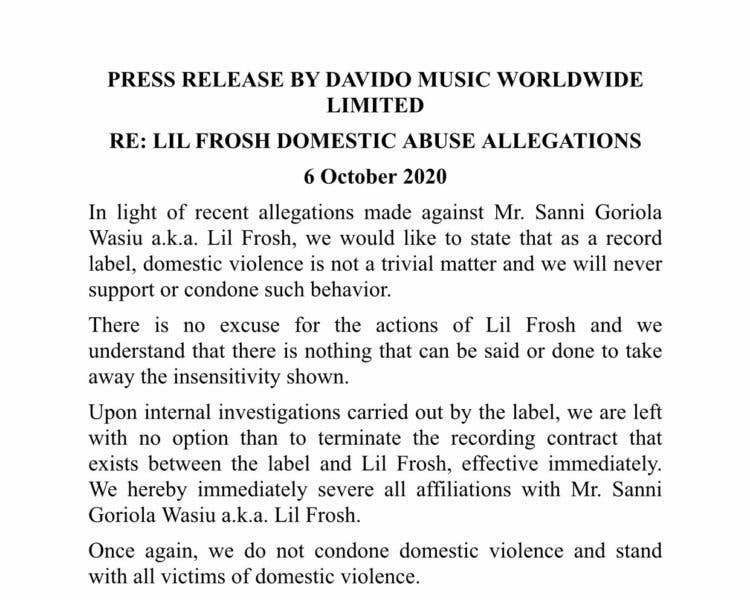 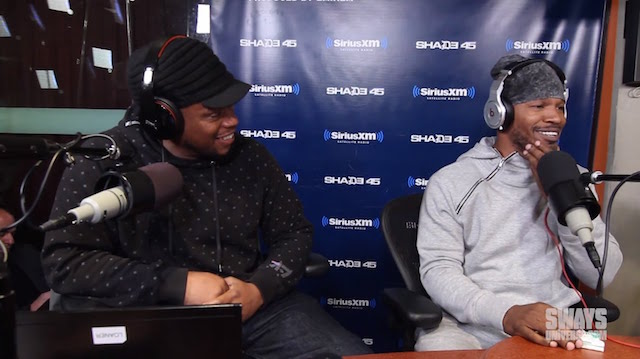 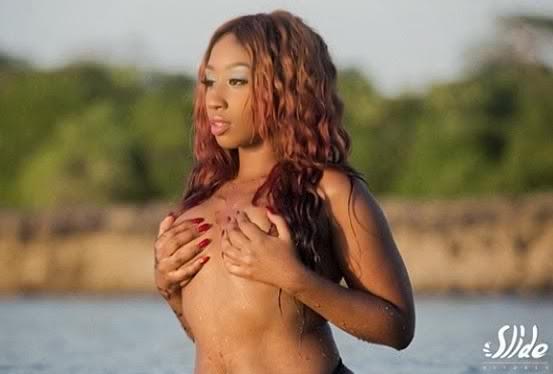 Africa has Spoken, Victoria Kimani Get a Stylist for Success and Brand Longevity 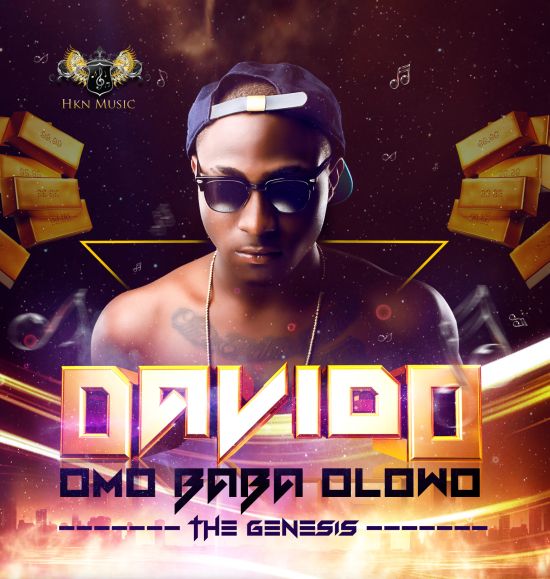 Artist Health: Is Davido Successful Because of his Father’s Wealth? 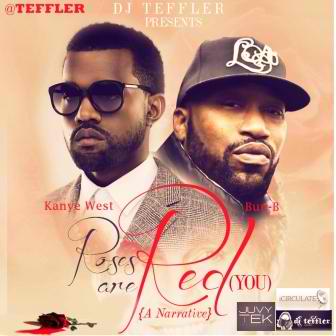 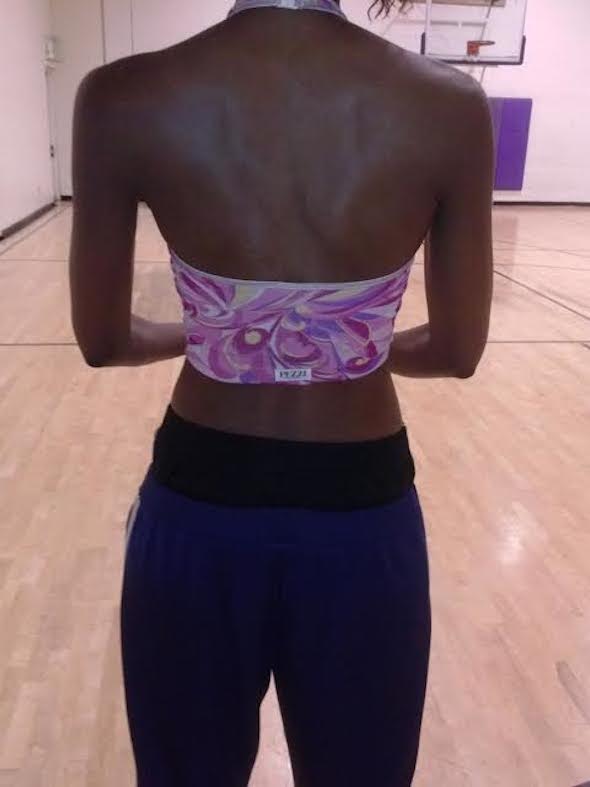