Davido has released an official statement, through his lawyers, that focuses on when he left Shisha Room and whether he left the venue with Tagbo. The video clips are part of the CCTV footage he obtained from Shisha, a bar co-owned by his music manager Asa Asika, even before the police obtained it. In fact, it is alleged Davido is the one that provided the video clips to the police.

Davido’s statement completely denies any association with Tagbo after Davido left Shisha Room. It also denies that Davido was aware of Tagbo’s death or that he had anything to do with it.

I believe the statement and clips only succeed in raising more questions and more investigation is needed by the police to help answer these questions.

Just before you read the statement and watch the clips, here is a recap of the three key versions of facts in this case.

Version No. 1 from a key eyewitness who remains unidentified: He says he was with Davido at Shisha Room. They left Shisha Room with Tagbo because Tagbo was drunk and Davido did not want him to drive his car alone. After they left Shisha, they drove to Oniru beach and left Tagbo in the locked car. When the eyewitness returned to the car, he saw Tagbo gasping for air. The eyewitness does not tell us what happened after they saw Tagbo gasping for air, or the efforts Davido or his crew used to tried to save Tagbo’s life.

Version No. 2 from Davido’s driver and two friends who are currently in police custody: According to the police, they say that the driver and the two friends of Davido say that they drove Davido’s car which contained Tagbo’s body and dumped the body at the hospital, which the hospital’s camera captured, at the directives of Davido. This version does not tell us how Tagbo’s body got to be in Davido’s car or what happened at Shisha.

Version No. 3: Davido’s statement: According to the statement and videos released by Davido’s attorney and Davido, Davido says he left Shisha Room before Tagbo did after his failed efforts to get Tagbo to ride with him in his car for his own safety. Davido then went to Oniru Beach to honor an invitation of a friend. After Oniru Beach he went to club DNA. While at club DNA, he was informed by fellow club patrons that Tagbo had died. His newly released statement also adds that his own security staff instead drove behind Tagbo’s car to the hospital. Tagbo’s car was driven by friends who took Tagbo to the hospital for treatment.

The problem is Davido’s facts do not add up, whichever way you look at it. His key big issue is the lack of a credible explanation of his car and now security staff at the hospital. For example:

Now on to Davido’s statement released through his lawyers and the video clips he released himself. 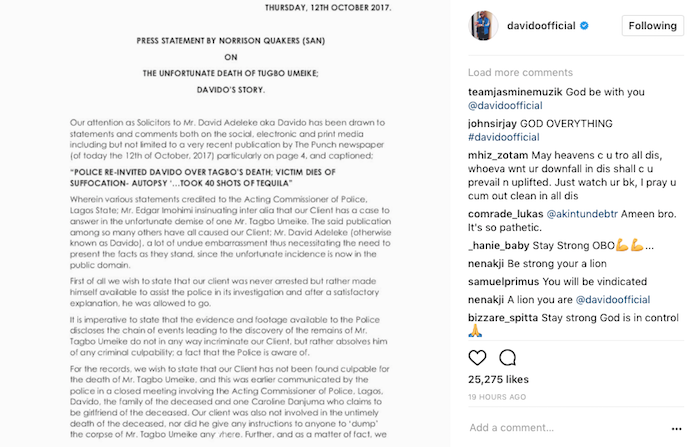 “Our attention as solicitors to Mr. David Adeleke aka Davido, has been drawn to statements and comments both on the social, electronic and print media including but not limited to a very recent publication by national daily, wherein various statements credited to the Acting Commissioner of Police, Lagos State, Mr. Edgal Imohimi, insinuating inter alia that our client has a case to answer in the unfortunate demise of one Mr. Tagbo Umeike.

“The said publications have all caused our client; Mr. David Adeleke (otherwise known as Davido), a lot of undue embarrassment thus necessitating the need to present the facts as they stand, since the unfortunate incidence is now in the public domain.

“First of all we wish to state that our client was never arrested but rather made himself available to assist the police in its investigation and after a satisfactory explanation, he was allowed to go.

“It is imperative to state that the evidence and footage available to the Police discloses the chain of events leading to the discovery of the remains of Mr. Tagbo Umeike do not in any way incriminate our Client, but rather absolves him of any criminal culpability; a fact that the Police is aware of.

“For the records, we wish to state that our Client has not been found culpable for the death of Mr. TagboUmeike, and this was earlier communicated by the police in a closed meeting involving the Acting Commissioner of Police, Lagos, Davido, the family of the deceased and one Caroline Danjuma who claims to be girlfriend of the deceased.

“Our client was also not involved in the untimely death of the deceased, nor did he give any instructions to anyone to ‘dump’ the corpse of Mr. Tagbo Umeike anywhere. Further, and as a matter of fact, we wish to state that the deceased did not step a foot, even for a second, in any of our Client’s vehicles on the evening of this sad series of events.

“The facts that can be distilled from the CCTV footage obtained from “Shisha Room” are that on or about 12:23 am in the early hours of Tuesday the 3rd of October, 2017 our Client got ready to leave the premises of the “Shisha Room”, where he had gone to earlier in the company of some of his friends to celebrate the birthday of one Clarks Adeleke.

“Again, we reiterate our client arrived at the Shisha Room in his vehicle with his friends and the deceased arrived about one hour later in his own vehicle. The CCTV footage obtained from the ‘Shisha Room’ captured our Client and some others, including the deceased all standing close to our Client’s vehicle as he prepared to leave after the drinks and celebrations.

“The deceased is seen in that footage to be in a very drunken and intoxicated state as he was staggering and falling on the people around him. Our Client tried to convince the deceased person to get into his vehicle in his drunken state so as to take him home safely, but this overture on our Client’s part was declined by the deceased.

“The CCTV footage further revealed that our Client drove out of the premises of ‘Shisha Room’, while the deceased went back into the ‘Shisha Room’ in the company of most of the people who were all at the car park at the time of our Client’s departure.

“After departing from the ‘Shisha Room’ our Client honored an invitation to a bar at Oniru Beach and subsequently went on to DNA Night Club. Regrettably, while in DNA Night Club with some friends, he received the tragic news of the death of the deceased.

“It is unfortunate that the stories making the news on the print, electronic and social media seek to portray our Client as a liar and a callous friend.

“We wish to state unequivocally on behalf of our Client, that he was not present at the time of the death of the deceased, neither did he give anyone directives or instructions to take the remains of the deceased to the general hospital or to the morgue.

“This they did, because they knew the deceased to be their Boss’ friend and were merely helping a fellow human being who was in need of help.

“Our Client maintains that he has not in any way lied about what he knows about the unfortunate incident, neither has his statement to the Police been incoherent as unfortunately been presented in the media.

“Our Client is presently grieving the loss of two of his friends, and deeply condoles with their immediate families; and as his Solicitors, it is our duty to set the records straight by bringing and putting into the public space/ domain the truth of what actually transpired.

“It is disheartening that the image of our Client is being tarnished by mischief makers whose jaundiced publications and statements have had a negative impact on our Client’s emotional wellbeing, family and his fan base.

“Our client in honour of the memory of his departed friends, has suspended his next few shows and musical engagements. We commiserate with the families of the deceased and pray that God will comfort them at a time like this.” 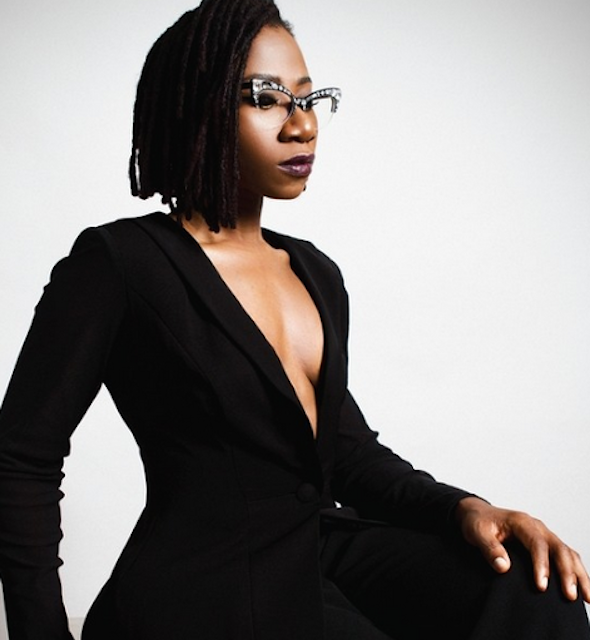 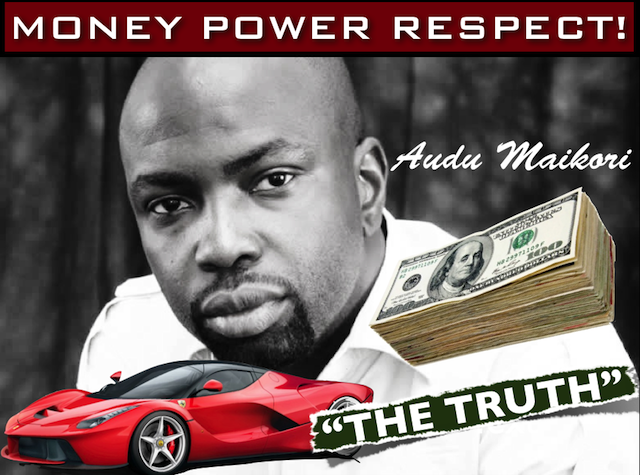 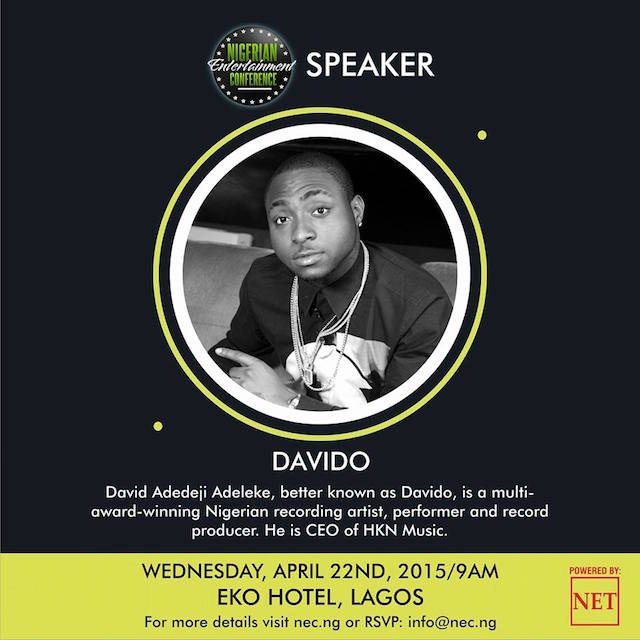 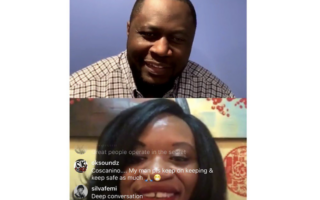 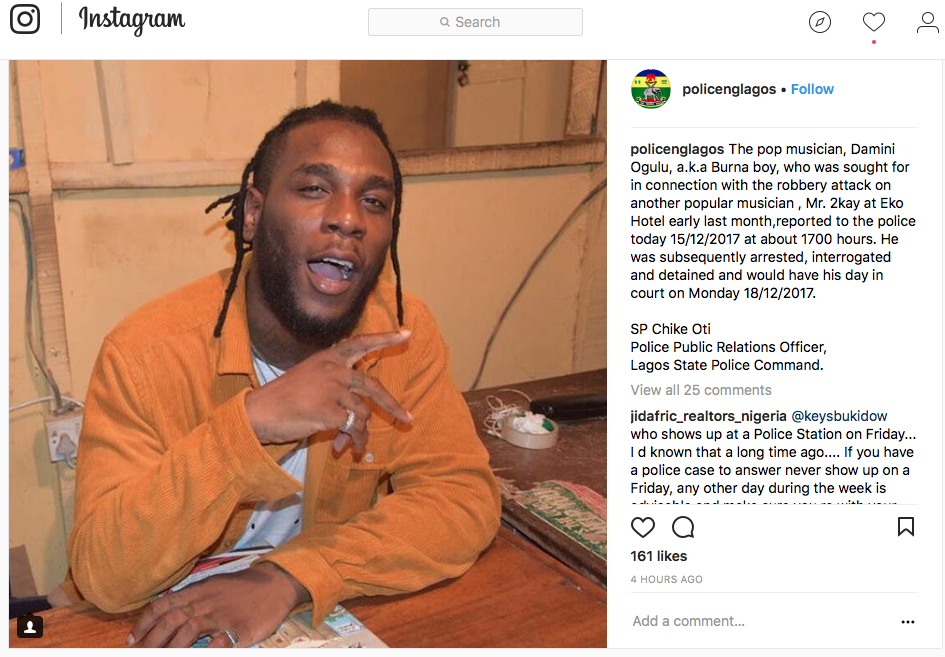