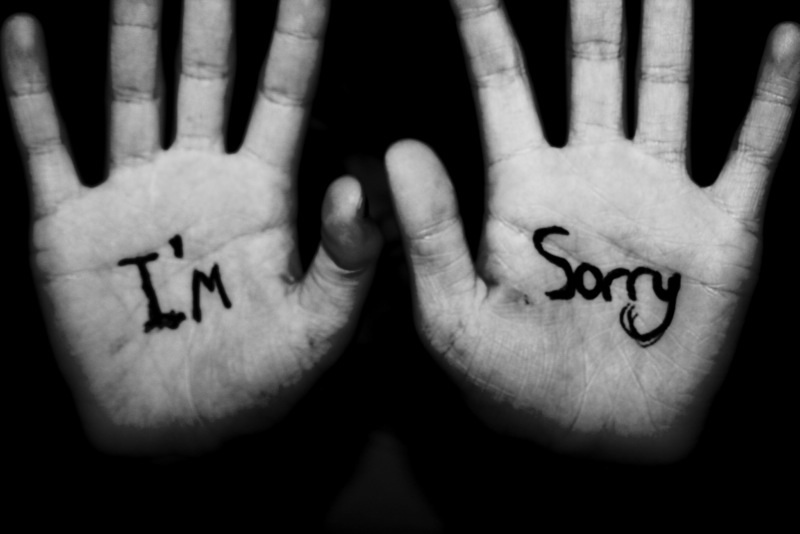 When I was growing up as a child, one of the key values instilled in me was the power and willingness to say “I’m sorry” when I was wrong, genuinely mean it and move on. It did not matter if the other person did not accept my apologies. What mattered was my ability to recognize and speak to the pain I may have caused them, ask for their forgiveness and truly move on.

Being the stubborn woman I can be, complete with my very  Taurus nature, saying “sorry” was not something that was necessarily easy for me to do.

As I became a teenager; and later a young adult, this core value instilled in me began to make sense.This was because I began to observe that the little things really mattered and that when you apologized for hurting someone, whether intentionally or unintentionally, it made a huge difference whether in the business or personal context.

Indeed, when I began practicing law and over the course of thirteen (13) years now of representing diverse clients, I have observed in business disputes where you could just cut the atmosphere with a knife; that even in instances where parties were embroiled in a very bitter, contentious legal battle and had not spoken one word for years nor seen each other; when they stepped into the same room, they were able to resolve their dispute when one person said; “you know what, I may have hurt you or in fact hurt you. I didn’t mean to. I’m sorry.”

To see the other side breathe the sigh of relief that seems to say, “I have been waiting to hear you say that for so long,” was priceless. What usually followed was the one receiving the apologies also apologizing, then both sides willing and with much lighter hearts/weights moving forward with settlement/legal resolution that all were happy to live with.

On the personal front, when some of my friends, especially males,  (since I, for whatever reason, tended to have more male friends as my closest friends), would approach me and solicit advice for their ex/girlfriends who they were having issues with, I would simply say, “you haven’t spoken to the pain you caused her. Apologize for whatever pain knowingly or unknowingly you may have caused her and watch the huge transformation.” Ten out of ten times, it worked. The women they complained about were no longer hurt, had forgiven them for whatever the issue may have been and they co-existed peacefully and/all moved on with no bad blood.

Indeed I have shared on this blog that often times, we want to quickly fit people into boxes or labels to explain their actions that we may not understand or sometimes serve as catalyst in inciting the responses we receive. However, 99% of the time, all we needed to do is step back and focus on the motive. When people are dishing hurtful actions towards us, all we need to do, really, is trace the hurt to see why they may be lashing out, or attempting to undermine, disrespect or hurt us.

Often, it is a need for love/validation, respect or some other parallel motive.

Knowing this, there is indeed POWER in those two little words ‘’I’m sorry,” especially where love/validation/respect or acceptance is concerned and someone feels you have either used, disrespected or undermined them in a very hurtful manner.  When you say “I’m sorry,” you allow yourself to be vulnerable; and you permit the other person to do the same as you give and receive healing, and forgiveness.

I have witnessed those two little words that mean so much heal broken families, estranged business relationships, change the path of couples that were headed for divorce, or embroiled in bitter custody battles, keep lawsuits at bay, rejuvenate completely deteriorated friendships or romantic relationships and even get exes back on a path of mutual respect for one another.

I believe we need to return to the basics in how we deal with/treat people whether in our personal or professional lives. First, the world and circles we deal with is really small and gets smaller as we age. Second, some of what could be our most fulfilling and wonderful relationships are lost because we simply refuse to acknowledge the pain we may have caused others. It is them, they are the problem. They are ALL at fault. We own absolutely no responsibility whatsoever.

Our egos get in the way, we feel the strong need to protect ourselves and also avoid reprimand; and we simply refuse to say, “I’m sorry.”

What I wonder is, how is refusing to say “I’m sorry” working for you so far? Has it reduced the stress, headaches, depression and other health issues,  estranged relationship with ex-great friends, family, and financial loss (especially where litigation is concerned)  for you?

I could go down the list of some of the most chaotic and bitter disputes we have seen both within and outside the entertainment industry, in general. But, let me keep it as simple possible i.e. make it about you, and not the industry at large. What will it take for you to say those POWERFUL words “I’m sorry” to the persons you may have intentionally or unintentionally hurt in your life? Ponder that.

For those who may be waiting to hear “I’m sorry,” don’t hold your breath. Make peace with yourselves, forgive the people who have hurt you, let go, completely, and really truly realize that if you release positive energy, it begets positive energy; and for those who release negative energy, it also begets negative energy. I have found that it is not as easy as it sounds for those who hurt may us to look in the mirror and admit it. Usually, people believe that admitting to hurting someone means they are inherently bad persons and the conflict in understanding the distinction can keep persons who want to apologize from doing so. Still others don’t apologize because they really don’t get it. They are the ones life experiences will discipline at some points in their journeys to make them return to where they realize those they have hurt.

That’s it from me. Let me wrap this week and this Friday up with the ‘Miseducation of Lauryn Hill.’ I have been rocking this classic this week. If you failed to purchase this classic album back in the late 90s when it was released, shame on you! Now go to googleplay and do just that right away!

Beautiful memories. . . sometimes I wish change would not change. Lol! Tell me for those who rocked to The Fugees and Lauryn Hill that you didn’t feel so cool just bopping your head, rhyming to the words and of course bursting out the moves. Choi! Life mennnh! Who would have tonk it that the trio would split.

Back to the matter. I will leave you all with ‘Lost One’ from the ‘Miseducation of Lauryn Hill’ album as it fits best with this article. I also have the lyrics for you to enjoy.

Have a great weekend and stay safe.

Much love to you all.

It’s funny how money change a situation/Miscommunication leads to complication/My emancipation don’t fit your equation/I was on the humble, you – on every station/Some wan’ play young Lauryn like she dumb/But remember not a game new under the sun/Everything you did has already been done/I know all the tricks from Bricks to Kingston/My ting done made your kingdom wan’ run/Now understand L. Boogie’s non violent/But if a thing test me, run for mi gun/Can’t take a threat to mi newborn son/L’s been this way since creation/A groupie call, you fall from temptation/Now you wanna ball over separation/Tarnish my image in your conversation/Who you gon’ scrimmage, like you the champion?/You might win some but you just lost one.

Now, now how come your talk turn cold/Gained the whole world for the price of your soul/Tryin’ to grab hold of what you can’t control/Now you’re all floss, what a sight to behold/Wisdom is better than silver and gold/I was hopeless now I’m on hope road/Every man want to act like he’s exempt/When him need to get down on his knees and repent/Can’t slick talk on the day of judgement/Your movement’s similar to a serpent/Tried to play straight, how your whole style bent?/Consequence is no coincidence/Hypocrites always want to play innocent/Always want to take it to the full out extent/Always want to make it seem like good intent/Never want to face it when it’s time for punishment/I know that you don’t wanna hear my opinion/But there come many paths and you must choose one/And if you don’t change then the rain soon come/See you might win some but you just lost one.

Now don’t you understand man universal law/What you throw out comes back to you, star/Never underestimate those who you scar cause karma, karma, karma comes back to you hard/You can’t hold God’s people back that long/The chain of shatan wasn’t made that strong/Trying to pretend like your word is your bond/But until you do right, all you do will go wrong/w some might mistake this just for simple song/And some don’t know what they have ’til it’s gone/Now even when you’re gone you can still be reborn/And, from the night can arrive the sweet dawn/Now, some might listen and some might shun/And some may think that they’ve reached perfection/If you look closely you’ll see what you’ve become/Cause you might win some but you just lost one. 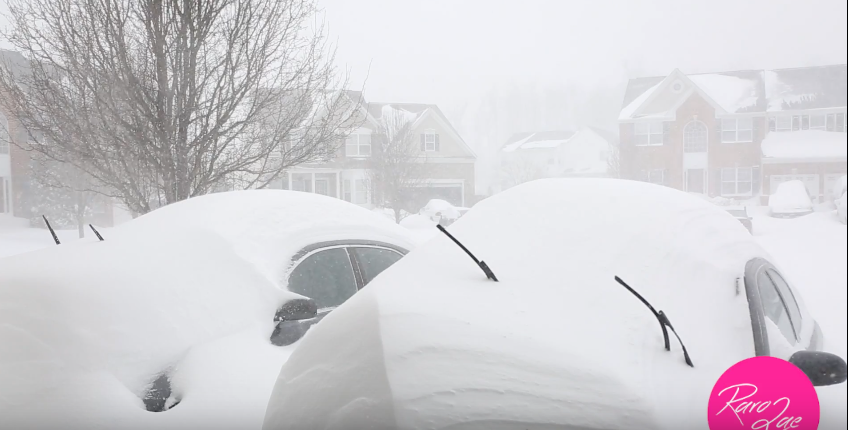 U.S. Blizzard 2016: Raro Lae’s Guide To Surviving A Snowstorm & Its After Math 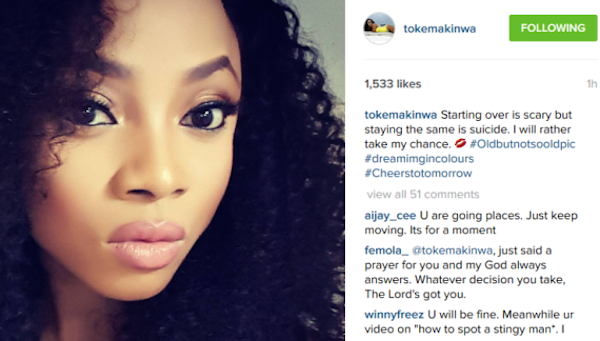 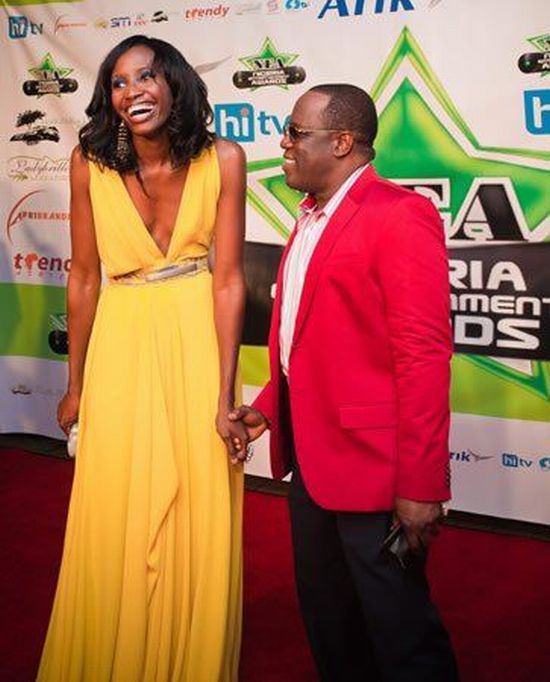