ThisDay Newspaper Journalist Azuka Ogujiuba is “upset” that Tiwa Savage and her team turned over an exclusive interview that was meant for ThisDay to Pulse TV. The published video on the latter’s platform now has over one million views within three days of publishing the exclusive. Unfortunately,  Ogujiuba has become the butt of jokes and insults by majority who have viewed the video for her seemingly ineffective journalistic work.

Ogujiuba claims she had been chasing down an interview with Tiwa for almost a month with no success. However, the day Tee Billz went on his rant on Instagram, April 28th, 2016, she contacted Tiwa, told Tiwa what she heard and wanted an interview. She later tried to follow up for the interview but was unable to reach Tiwa all day. She also tried Elohor. Tiwa has been linked in the past to Elohor Aisien, an alleged best friend of Tiwa who planned her high end luxury white wedding and is a respected event planner; among other entrepreneurial hats she wears. Ogujiuba does not identify Elohor’s last name. At 10pm she claims she reached Elohor but Elohor tells her she doesn’t believe Tiwa will talk to Ogujiuba.

At 2am, according to Ogujiuba, Tiwa’s PA calls and ask that Tiwa would like Ogujiuba to interview her. Ogujiuba shows up subsequently, that is in the early morning hours of April 29th for the interview. She says she met Tiwa and Elohor in Tiwa’s bedroom. She said she wanted the interview but Tiwa and her team insisted on a video interview and handling the video production of the interview (angles shot, location in the room, recording etc.) to allegedly ensure she is not “misquoted.”  Ogujiuba claims she has never liked the camera and was under the understanding that the footage of the interview will be turned over to her publisher ThisDay (perhaps ThisDay aware of Ogujiuba’s camera shyness would have transcribed the interview or made only the audio of the recording available to the public). Every journalist and publisher dreams of such an exclusive like Tiwa’s. It is one way to ensure longevity and job promotion. In addition, that is a publisher’s advertising revenue and how they create even more brand value.

Instead, that same April 29th, hours later, Tiwa and her team had turned the interview over to Pulse TV who published it. Ogujiuba says she was “quite upset” when she saw the release on Pulse. Pulse TV is a relatively new Nigerian online publication owned by Ringier AG, the largest international operating media company in Switzerland.

There is a lot more than meets the eye for all parties involved. Only time will tell. 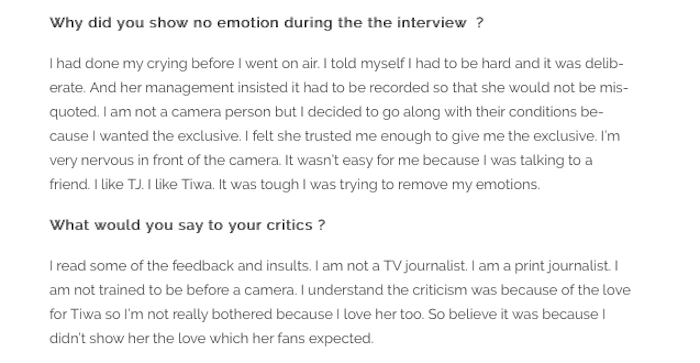 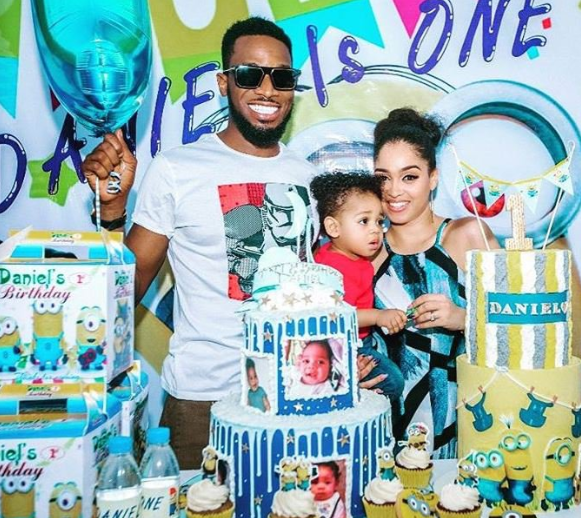 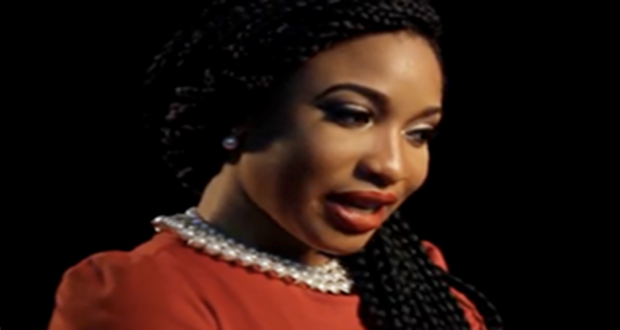 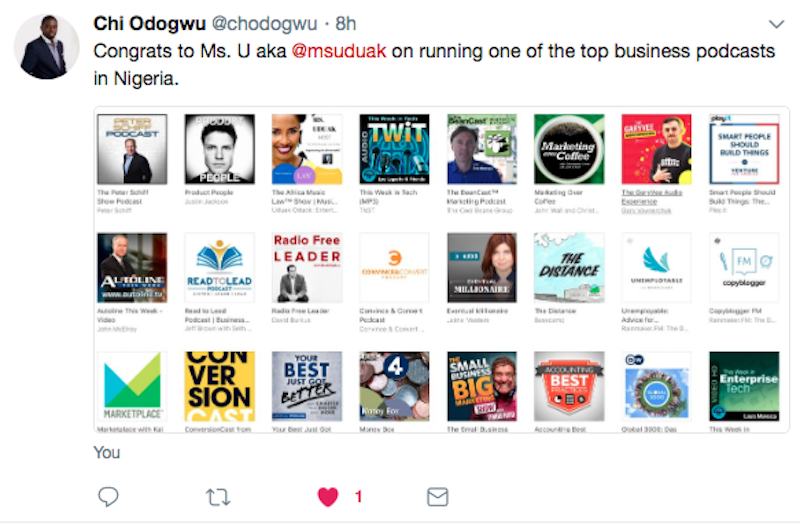 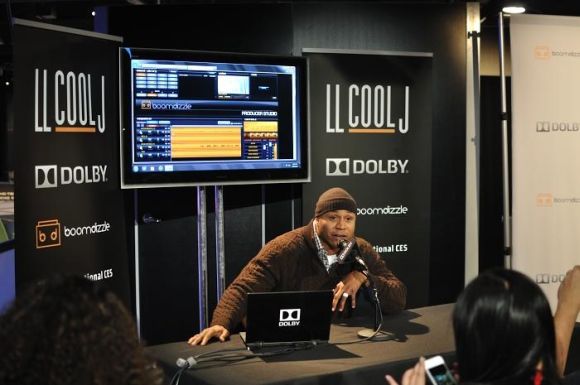 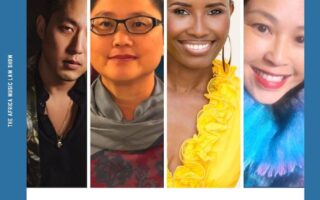 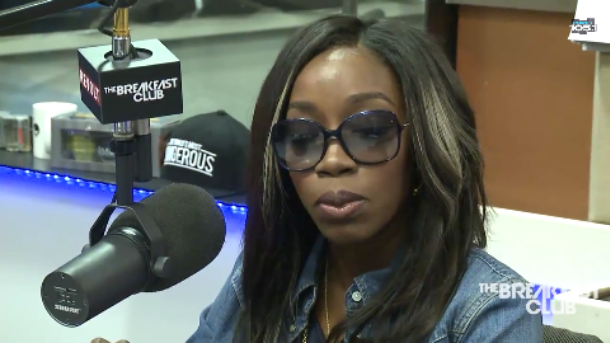